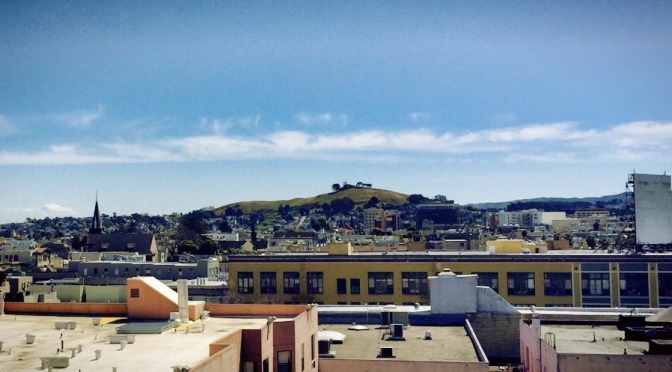 Chris Murphy:            Talent marketing. There are 2 things that stick out to me about the current state of talent marketing. One, our fundamental job as recruiters or recruitment marketing professionals is to develop relationships with candidates and introduce them to the environment in which they would be working in order to reach out to them.

Two is that the tools we’re using to do that are far behind any of the tools we use to communicate in the consumer space or even a lot of other professional realms. There’s a huge opportunity to better connect with candidates.

David Smooke:         I agree. I’ve seen the idea of this job ad that’s written like here’s 300. 500 words of text, you know. Why don’t you talk to me? It’s like I don’t want to read all your text. That’s not what interests people about companies.

Chris Murphy:            We just decided to take for granted that that is how we connect with candidates. That’s too bad. It just leaves a tremendous amount both of just information and detail about a company and then also an ability to create a relationship. You know, it leaves that aside.

David Smooke:         Hello and welcome back. We’ve made it to the rooftop and it’s very, very beautiful.

David Smooke:         Yeah, extremely sunny. Chris, what kind of mistakes do you think startups are making right now in term of how they’re marketing the opportunity to work here?

Chris Murphy:            I think conceptually startup appreciate the value of talent. Because every additional employee means that much more necessarily when you are fewer people.

Chris Murphy:            With that said, I think startups don’t often enough scrutinize both what make them unique or how they can be unique to other candidates. With a bunch of groups of let’s say, 5 or 6 people companies you should have a tremendous diversity of work experiences and generally you do. But there is basically a … There’s almost a hilarious marketing rubric for startup marketing. Which is, you know, our dog is one of the 6 and we have a ping pong table which we – We do too.

I mean it’s a bunch of stuff that becomes almost clicheé. I think, one, it’s really worth scrutinizing why you are unique. What your values are. What you do that’s different. But two, the thing that by default makes you different is who the people are. And so I think that needs to be featured a bit more in order to stand out from the noise. Because you haven’t had the opportunity to sink into, often times your own beautiful office space and create an environment. And have designated people working on culture. You’re just a group of individuals so feature who those individuals are.

David Smooke:         I’m a huge fan of this. It’s putting the hiring manager forward. It’s your leader in this area is going to attract the new person. There going to come to the office, they’re going to work with these people. The brand is the brand.

David Smooke:         And can I f*ckin’ tolerate them. If they pass both of those tests, especially high on the first one, how good are these people? How talented they are. Because if you want to reduce risk, you just bet on talent.

David Smooke:         You’re hiring a bunch of roles right now. What kind of challenges are you running into? As you’re like, “Oh we’re hiring a salesperson, [SDR 00:05:06], marketing person.” More developers, more designers. It’s kind of like, you’ve built a strong initial team but now you’re going into phase 2. Where you’re- It’s beyond the initial team. How are you finding the experience?

Chris Murphy:            First and foremost it’s fun, right? We’re still small enough that every additional person means a lot bot to, in terms of executing capacity but also in terms of culture. That’s a really fun challenge. It is, it’s a huge challenge though, right? You’re in the most competitive environment.

David Smooke:         You notice how the wind picked up when you said that?

Chris Murphy:            I have a symphony of natural effects. [inaudible 00:05:53] We’re in the most competitive hiring environment probably in the world.

People who are risk averse there’s a bigger barrier to jump over with that. And they have much larger, much bigger brands. But you’re also competing with other startups in the richest startup environment in the world, with the most talented other folks in the world who also have their own brands that they’re coming in with. It’s an extremely competitive environment. Again, I think what that means is you need to figure out, there are base level things. How do you really sell the opportunity of a startup versus a big company? How do you sell the opportunity of your product? How does that resonate with somebody else?

Chris Murphy:            I think a huge thing to sell is who are the folks you’re working with. There are a lot of visceral reactions that evokes that I think help get people past a lot of those barriers.

David Smooke:         When I look at hiring early stage startup people I think a lot of it is it does attract a crowd who wants ownership and who has a sense of independence. The people bring them in, but then it’s also what they’re looking for is, they don’t want to be one of a thousand building this small product. Essentially the thing would be mostly the same without them.

Chris Murphy:            I mean, we’ve found folks who are extremely talented and who, either up front or through the interview process we discover are not zealous about jumping in and owning something. And managing both the growth and volatility that’s just inherent in a startup.

Chris Murphy:            And so it’s great, we’re looking forward to keeping in touch with you. We want to continue this relationship, now is not the time to bring someone onboard. It’s a good filter, as well.

David Smooke:         What’ else have you been seeing lately? Any tends from the Mission area that have impacted your business as we look around here?

Chris Murphy:            I leverage our spot in the neighborhood a lot to candidates. There are 2 things worth noting about that. One, is we have an amazing office. Sort of uniquely so for a company of our size. It’s in the heart of San Francisco, right next to a BART stop. Bunch of just interesting and awesome stuff around. [crosstalk 00:08:58]

Chris Murphy:            Totally. The second thing that I think is worth noting about that is that if indeed we are really leveraging this spot we have, it confers a responsibility to be part of the community as well.

Chris Murphy:            You know, I think too often companies will say, “Oh yeah, we have the coolest location ever and we’re around this interesting taqueria, nice mural or whatever.” Well, somebody made those. Somebody invested a lot of time in that. I think it’s fun having, and we want to have employees that are excited by this as well. The degree to which we’re here and leveraging that requires that we reinforce those things that we value. In sum, I could not feel more privileged to be working where we are and being able to invite candidates in.

And you can see candidates sort of glow when they come into our office and they’re like, “Yeah, this is the iconic startup environment.” It’s fun.

David Smooke:         Were you talking to a candidate about painting a mural?

Chris Murphy:            I was talking to, yeah this is somebody we might bring on as an intern, he is an amazing videographer and artist and he’s been doing some murals over in the east bay. We’ve had, I’ve had a vision for a while now … Again going back to you have these clicheé kind of startup tropes that are often in offices. One thing we want to do is bring in some local muralists along with out designers, folks on the team and create a piece of art in our office. I don’t know that this will end up being put on the wall but my vision was to have a bunch of people salsa dancing. I’m a bog salsa fan and there are a lot of great studios and areas in this area to go salsa dancing. And then in the middle of it, have stand up desks with people typing on their desks. I think it would be hilarious and also speak to an interesting dynamic that’s happening here, where we are.

I think it would be funny. I think 60% of the people I tell that to get a really good laugh out of it. I’m not sure if that passes the threshold to stick it on a wall.

David Smooke:         He’s a great, legendary artist. He’s the guy who did the Facebook wall. I saw his documentary, and there’s a raw video clip of … Sean Parker brought him in to do the wall, and David shows standing next to his wall he’s like, “I’m done.” And Sean was there kicking his feet, looking down. He’s afraid to defy the artist. He’s kind of giving his things of how he wanted it to be and hope he could do more and change it. And he’s just looking at the ground scared to tell the artist what to do. It just settles with like, “Okay.”

Story goes, he get a bunch of stock and that’s one of his big money makers.

Chris Murphy:            Yep. I mean one of the things we’ve done, in advance of, or meanwhile, thinking of what to put in the office is just find creative ways for people to create the more expressive office. We just have a bunch of paint pens. At happy hours we’ve had people paint random walls, paint bathrooms. It’s both a nice way to give yourself an environment that is specific to you and also it’s sort of cathartic.

David Smooke:         Yeah, the Cascade SF event this week at Event Bright, they put out – You know the kid’s table at restaurants where they put the, on top of the table. They just basically created this doodle section. They didn’t tell anyone to do anything, it was just, this whole table you can write on. By the end of the day, the whole table is filled with designers making little pictures.

Chris Murphy:            Yeah, and sometimes they’ll do it in a really ugly way, like if you give me the tools but other times people will make stuff magnificent.

David Smooke:         It was kind of playing around with the tool and “Oh, wow I just controlled page layout while writing and it’s way better than just having a list in a WordPress form.” It was a nice experience.

Chris Murphy:            We’ve prioritized user experience. I think toward the point we were both just making, I think we’re probably the most powerful tool on the web to mix different forms of media into something specific. We make it extremely easy and it’s extremely flexible. As we move forward, we want to create more and more templates so people who don’t have the perfectly intuitive design sense are making stuff immediately and beautifully.

And folks who do have that design stuff aren’t limited, design [scence 00:14:29] aren’t limited in their ability to distinguish their creation from others and make something beautiful.

David Smooke:         Yeah, it’s going to be exciting when we start getting more artist designers in there showing their templates and its just like the Squarespace or the WordPress community.

David Smooke:         You really don’t need that many. It starts with not that many because once you get that diverse group in there …

Chris Murphy:            You start seeing different possibilities that you could not have anticipated.

Any last thoughts on recruitment marketing?

Which Way to Walk